The Capuchins had a very simple way of burying that reflected their basic charisma: poverty. Deceased brother was laid to the oak coffin with a retractable bottom and after ceremonies in the church he was brought down to the tomb. Here, he was put down on the bare ground, with only a brick or two under his head. The coffin was then kept for another funeral.

The brothers were buried with virtually no designation of a specific identity, only with limited attributes of their religious status, for example with a wooden cross. This indicated that the brother had lived in the Order for more than fifty years.

The remains of deceased brothers who were originally buried in the crypt of the first convent outside the walls were also deposited to this tomb. The brothers brought them here in solemn procession in 1656.

The Capuchins did not have specific graves. However reports of deaths were meticulously recorded. The consciousness of continuity – a community of living and deceased brothers – was and still is very strong. The brothers remember their co-brothers, whose death fall for a particular day, in an everyday prayer.

In the years 1785–1883, the brothers were buried in the new municipal cemetery which was located outside the city walls, in today Tyršův sad, between Antonínská and Sušilova street. Currently, the place of their final resting is Central Cemetery which was opened in 1883. 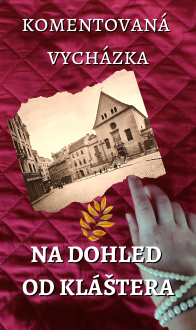