What does a famous mercenary commander nicknamed the Devil Trenck have in common with the monks of the Capuchin Order? They met at Špilberk fortress in Brno. Baron Trenck as a prisoner sentenced to the life imprisonment and the Capuchin Friar as his confessor.

Anything it was that influenced the Pandur commander, the Capuchin chronicle shows that the time spent in prison moved Baron Trenck conscience, and he started to regret his disordered life. He donated a part of its wealth to charity and he wished to be buried in the Capuchin crypt himself. 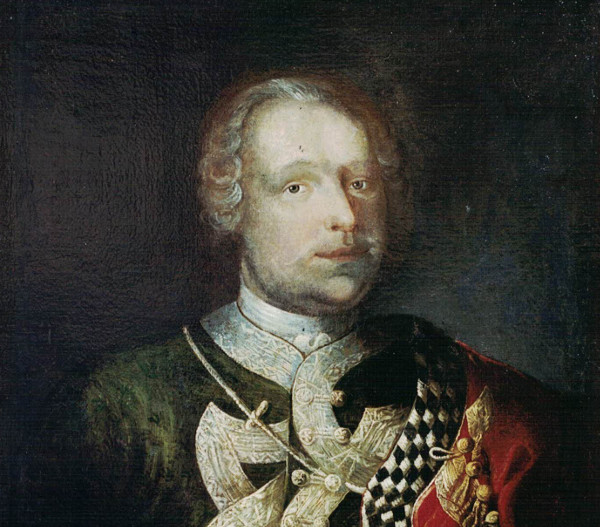 In the service of the Russian Empress

Franz Baron von Trenck was born in 1711 in Reggio, Italy. After studying at the Jesuit schools he entered the Hungarian 8th Infantry Regiment of Count Pálffy where he achieved the rank of lieutenant. However, he is discharged because of his eccentric behavior and indiscipline.

In 1737, when Austria enters the Russo-Turkish War, Trenck offers its services to the commander in chief of the Austrian army Count of Seckendorf. After being rejected he turns to the Russian Empress Anna Ivanovna, who accepts his services. He is appointed second Rittmeister of the Hussar Regiment with the right to recruit three hundred men. He is promoted to major thank to his bravery.

However, in 1740, due to assault and insult of a commander, he is sentenced to death. He is pardoned just before the execution but had to leave the Russian army and Russia. 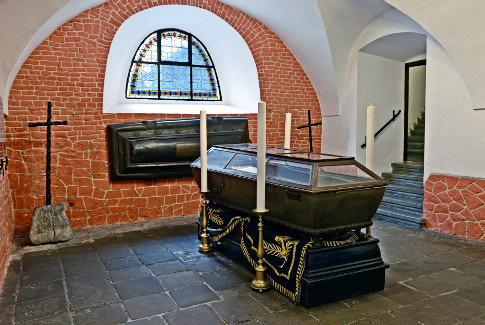 At the end of 1740, Prussian King Frederick II. occupied Austrian Silesia, which was the beginning of an eight-year period of conflict that engulfed the whole Europe, and entered into history as the "War of the Austrian Succession." Habsburg empress Maria Theresia, therefore agrees with an offer of Baron Trenck to create a military corps of thousand volunteers.

Pandurs were mostly recruited criminals who were acquitted of their charges for their military service on the Austrian side. They differed from the ordinary infantry by their brigand way of fighting. They gained funds for their pay and cover their expenses by pillaging enemy territory. They were notorious for their cruelty.

Trenck and his Pandurs passed through more or less successful battles in the service of Maria Theresia. He narrowly escaped death many times. His corps counted about five thousand men and started to raise concerns even at the imperial court, where Trenck, being hot-tempered, greedy and wayward, made many enemies.

After the military debacle at Žďár, his position becomes indefensible. He is accused of causing the Austrian defeat. Other charges soon follow.

In 1746, the court-martial sentences Trenck to death. However, Maria Theresia orders the trial to appeal. Although most of the charges are disproved, the sentence is only reduced to life imprisonment in Brno's military fortress Špilberk.

Trenck´s health condition is deteriorating in prison. The empress agrees to let him find a suitable housing in town, where he can spend the remainder of his life, but he cannot realize it anymore. In late September, Trenck finishes his testament, in which, among other things also remembers the Capuchins – he donates them four thousand gold. He dies on October 4, 1749, on the Feast of St. Francis of Assisi, and is buried next to the Capuchin friars - without coffins, on bare ground.

And what is the truth of the many legends that surround his "afterlife"? You can learn that with us, in the Capuchin crypt.