History and present-day of the Capuchins in Brno

The Order of Friars Minor Capuchin is a Christian community belonging to the Roman Catholic Church. It is part of a very colourful and large Franciscan Family which is inspired by the life of an Italian saint, Francis of Assisi (1182–1226). It includes not only men and women who dedicate themselves entirely to God and who live in monasteries but also a community of people that you would certainly overlook on the street. They do not wear religious clothing, they have their jobs and live in families.

Across the Alps to Brno

We can find the roots of the Capuchin Order in the Italian Umbria in the 16th century. Hence the Capuchins gradually spread throughout the world. They came to Czech Lands in 1599 at the invitation of Archbishop Zbyněk Berka of Dubá and Lipá and they founded their first monastery at Hradčany in Prague. In 1604, thanks to the invitation of Bishop František of Dietrichstein and donations of many benefactors they could lay the foundation stone of the monastery also in Brno. 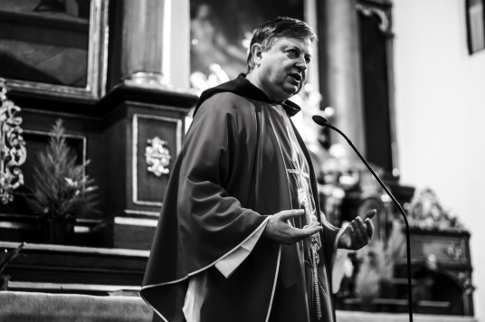 Brno monastery became an important centre during the 17th and 18th century. The Order studies of philosophy and theology resided there, there was also the seat of the custodian who was responsible for the monasteries in Moravia and Silesia.

Life of the monastery was traditionally dependent on contributions from benefactors, especially nobility and burghers. The brothers grew their own food in the garden or on the borrowed land, the rest was given to them by people or wealthier monasteries. They wove and sewed religious clothes, they ran a carpentry shop and they even manufactured drugs. The brothers, who were ordained priests, helped out as preachers and confessors in many churches in Brno or outside it. Also, they confessed in prison at Špilberk fortress.

Although the "big history" passed Brno monastery, local life was negatively impacted by the intervention of Emperor Joseph II. In 1783, he split the Czech-Moravian province into two smaller areas and in following years he ordered to close eight out of thirty Capuchin monasteries. The brothers were forced to take over the parishes; monastic education was limited and so was the contact with the centre of Order in Rome. In the second half of the 18th century, 700 to 800 Capuchins lived in the province around Brno and 40 brothers dwelt in Brno itself. Joseph´s reforms, uncertain future of the Order in our country and also a progressive secularisation of society, caused decay. Both provinces were re-united in 1826. In 21 monasteries, however, lived only around 250 brothers.

The plight of the Capuchin Order affected the whole Europe. The turning point occurred in the second half of the 19th century when the brothers – for the first time in France and Italy – began to organize a so-called Seraphic school. They responded to the growing number of poor who could not afford to give their children higher education. Many boys from these schools then entered the Order. First Seraphic school in our country was founded in 1894 in Olomouc. 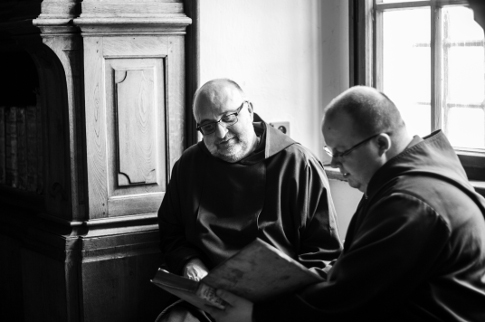 The brothers were also dedicated to charity in Brno. Stanislav Žyla (1876–1957) presided over the Work of Seraphic Love which helped orphans and poor children. Metoděj Frank (1873–1939) renowned for his spiritual service at the Central Cemetery: he buried especially the poorest who could not afford a decent funeral. However, the Capuchins also cared about another group on the edge of society – prisoners in Cejl. They did not know that some of them would soon be imprisoned.

Although World War II quite heavily disrupted the life of the Capuchins, communist action K in April 1950, which directed against all religious orders, destroyed them. State power took monasteries, confiscated possessions and religious brothers (later also sisters) and centralized them in different places. A number of brothers had to seek civilian employment, part of priests joined the parishes. Quite a few religious men and women, however, ended up in jail on made-up charges. 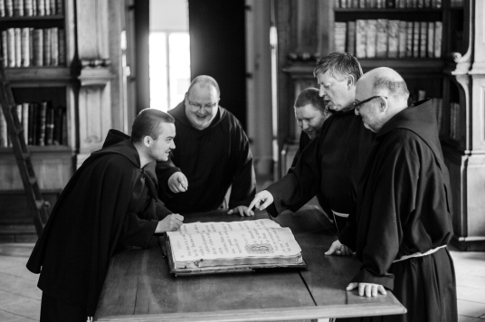 The Capuchins "came back" to the monastery after the political détente in 1968. Two priests helped out in pastoral care, three other brothers came in secret – efforts to renew religious life were in fact still outlawed. In the mid-70s, the structure of the Order began to be restored and the Capuchins started to accept new members.

Change of the political regime in 1989 allowed the return to normal religious life. Currently, about forty Capuchin Friars work at five locations: in Prague's Hradčany and New Town, in Sušice, in Brno and Olomouc.
Brno is home to a community of five brothers. They work as pastors, confessors and spiritual companions for those who seek God, not only in the local monastery but also in hospitals or by religious sisters.